Jeannie has more than 10 years of experience in the online shopping and personal finance industry. 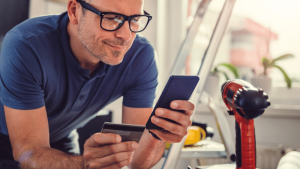 Buy now pay later has popped up at most retailers today, but who is using it and how? When it first came out BNPL was used mostly on big-ticket items – think furniture, electronics, etc. Today, though people of all ages are using it for everyday purchases.

As the economy continues to make it tougher to stay afloat, consumers are looking for alternative ways to afford what they need, and buy now, pay later is a great option for them.

First, it helps to look at the incredible surge in using BNPL overall. In a PYMTS study, they found that BNPL usage grew 85% in a 15-month period from 2020 to 2021. The surge was mostly due to COVID-19, the lockdown, and the money issues millions of people suffered.

To further dive into who is using BNPL and how we looked at the age as a demographic breakdown of its use to see how people are using it.

First, let’s start with who’s NOT using it. This probably won’t come as a surprise, but the age group with the largest percentage of people not interested in BNPL is 55 years or older. Baby Boomers are set in their ways and more financially protected than younger generations. They have pensions, retirement accounts, and 401Ks to carry them through and most don’t believe in racking up debt.

Surprisingly, though, about half of 35 – 54-year-olds aren’t interested either and about 37% of 18–34-year-olds haven’t jumped on the bandwagon yet either.

Who Uses it Regularly – Demographics by age group?

Buy Now, Pay Later Use by Education and Income Level

It might surprise you to learn that the people that use BNPL most are educated and have a high income. Consumers with lower income (less than $50,000) are not like to use it at all, as are those without a college education.

High-income earners have a much easier time spreading out their payments and making them on time without causing a struggle in other areas. College-educated consumers also understand how BNPL works, and that they don’t pay interest or fees as long as they make the payments on time.

How does BNPL usage compare to credit cards? The difference is quite shocking.

Since BNPL is so new though, it hasn’t been as adapted as credit cards which have been around for decades.

For example, 78% of 55 – 64-year-olds have and use credit cards and 68% of those 65+ years old do too. This is likely because they are used to credit cards, know how they work, and trust them versus the new BNPL model.

55% of 18 – 29-year-olds have a credit card too, so credit cards aren’t going away with the onslaught of buy now, pay later options.

Will it catch on faster and more people use buy now, pay later? Only time will tell. As more retailers offer it and it becomes more common, people may catch on to the hype and understand that they aren’t paying interest or fees for most buy now, pay later plans as long as they choose the Pay-in-4 model.

It can be a great way to get the items you need without breaking the bank. Consumers just need to make sure they can truly afford the purchase before agreeing to buy now, pay later as it’s a stricter payment structure than credit cards that requires payments every 2 weeks, paying the total purchase off in 8 weeks versus making a minimum payment and carrying a balance as long as you want like credit cards.

Amazon Monthly Payments – Everything you Must Know

Klarna Card Review – Is it Worth It?